I heard a lot about Parra Lanes last year so I thought I’d make a time to see out this year. At first, we had a lot of trouble finding out where we needed to go. I’ve heard Parra Lane gets spread across over multiple stations to distribute the crowd. However, the problem was that the places aren’t always easy to find. After walking around for some time, we managed to get hold of a map from a security staff.

My main reason for coming was to try some knafeh; I’ve heard so much about this dessert from people who came last year. But we realised this particular shop was furthest out from our location.

First stop was Koi Dessert Bar but there as a long line. While waiting in line, I decided to try the strawberry watermelon gelato from N2. I’ve always been a huge admirer of the strawberry watermelon cake from Black Star Pastry. I thought it’d be an interesting combo to have it in a gelato form. It surely was, I quite liked the gelato cake, it had a very strong flavour of the original. It felt very light to be eating it, much like the cake. The pistachios and rose petals added further reminders to the original cake. But one thing I really hated was the syringe; I’m so glad I squeezed a little bit on one side of the gelato to try it first because I did not find it palatable. It completely ruins the taste of the gelato!

By the time we finished eating the gelato, we had gotten closer to our line with Koi. As usual, this place has too many beautiful divine looking desserts so it’s always hard to make up your mind, plus you all know how indecisive I am when it comes to ordering food! I ended up trying a new flavour called Berry cheesecake. It was absolutely beautiful; I loved the cheesecake part of it. It was so soft and just melts in your mouth. The middle of the cheesecake had a berry sauce filling which I did not like. I felt it ruined the flavour of the cheesecake. Thankfully there wasn’t too much of it for me to hate this dessert. Another thing I did like was a biscuit base at the bottom. I found this hard to break and eat.

We continued exploring for a little while until we walked past a pretty donut place. They had some nice looking donuts. We tried their Golden Gaytime, but it was awful. There was barely any flavour from the original ice cream; it was dry to eat, and the outside coating was too sugary. There was nothing good about this donut.
We knew our last food going be knafeh so we followed the map closely and found it close to the Emporium Cafe. However, there was a ridiculously long line. The vibe was very different on this end with loud music, bearded men singing and dancing while making knafehs. It was enjoyable for the first few mins, but soon the waiting got boring. At one point, I even regretted ordering the knafeh. Finally, after a long wait, we received our knafeh.
It tasted nice, but it wasn’t anything special. Nothing stood out to me in terms of flavour; it tasted a bit like a pudding. Sad to say, I was very disappointed with this dessert, I don’t understand what the hype is about? I reckon I could have made a similar dessert at home. So it must be the singing/ dancing that’s making this place popular than it should be?! 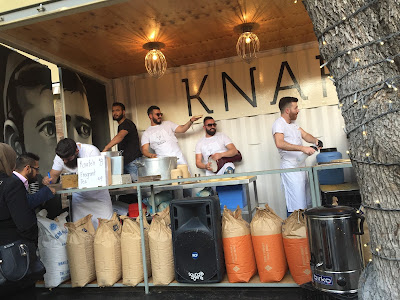 Overall, I really enjoyed coming here and seeing the transformations Parra has undergone for this event (see pictures below). 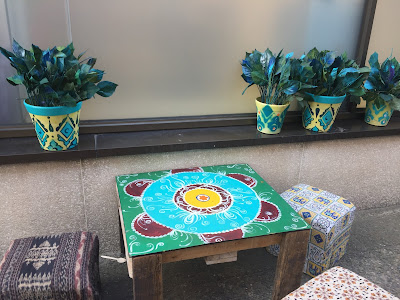 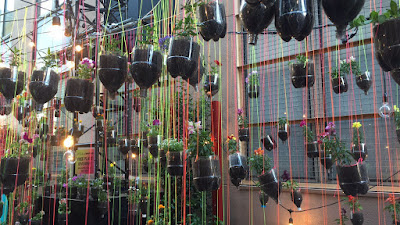 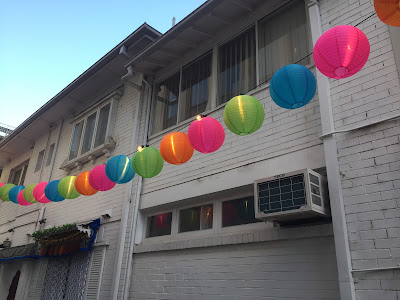